Belarus is politically deadlocked. The peaceful movement protesting against veteran ruler Alexander Lukashenko and the manipulation of the presidential election on August 9 is too strong for the state to simply suppress it by force. As long as the political leadership continues to respond with repression, the protest movement will persist and diversify. However, it lacks the institutional leverage to realize its demands.

President Lukashenko can rely on the state apparatus and the security forces, whose loyalty stems in part from fear of prosecution under a new leader. Lukashenko himself is determined to avoid the fate of leaders like Kurmanbek Bakiyev of Kyrgyzstan and Viktor Yanukovych of Ukraine, who were driven into exile following “color revolutions.”

This stalemate is replicated at the international level. While the European Union refuses to recognize the result of the presidential election, the Kremlin regards Lukashenko as the legitimately elected leader. Moscow refuses to talk with the Coordination Council founded by the opposition presidential candidate, Sviatlana Tsikhanouskaya. The EU, for its part, interacts mainly with representatives of the protest movement because Minsk flatly rejects mediation initiatives from the West.

Currently, only Russia regards Lukashenko’s announcement of constitutional reform and early elections as a path out of the political crisis. All other actors dismiss his constitutional initiative as merely an attempt to gain time.

Constitutional Reform as a Starting Point

In fact, a constitutional reform could offer a solution. But it would have to be flanked by confidence-building measures and guarantees. The following aspects should be considered:

The specific details of such a roadmap would have to be clarified in dialogue between the current state leadership and the Coordination Council, with the possibility of both sides agreeing to involve additional societal actors. Mechanisms would be needed to ensure observance.

In this regard, granting all state actors an amnesty would be key. At the same time, acts of violence and repression occurring in the past weeks would need to be documented by an independent body. On the model of the truth and reconciliation commissions employed elsewhere, a reappraisal of recent history could lay the groundwork for a moderated process — also involving the churches — to overcome the divisions in society. It would also preserve the possibility of later prosecution if the roadmap was not followed.

What the EU Could Do

But the Belarusian actors must be fully in charge of preparing and realizing such a roadmap. International institutions should restrict themselves to advising, upon request, on procedural matters. Such a function could for example be assumed by members of the Venice Commission of the Council of Europe. 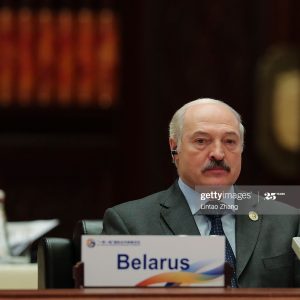 Russia might potentially see benefits in such a scenario. The Kremlin’s backing for Lukashenko risks fostering anti-Russian sentiment in Belarus’ traditionally pro-Russian society. In the current situation, an extensive integration agreement would be a risky venture for Moscow. Massive Russian subsidies would be needed to cushion the deep economic crisis emerging in Belarus.

Moreover, parts of Russian society could respond negatively if Moscow were to intervene politically, economically and possibly even militarily in Belarus. Conversely, an orderly transformation would allow Moscow to minimize such costs. But that would presuppose the Kremlin factoring societies into its calculations.

This approach would demand substantial concessions from all sides. But the alternative — in the absence of dialogue and compromise — is long-term political instability with a growing risk of violent escalation.

The European Union should therefore use all available channels of communication to encourage a negotiated solution. It should refrain from supporting Baltic and Polish initiatives to treat Tsikhanouskaya as the legitimately elected president of Belarus. That would contradict its approach of not recognizing the election result. It would also exacerbate the risk of transforming a genuinely domestic crisis into a geopolitical conflict.

As Europe Weakens, Turkey Is on the Rise