North Korean leader Kim Jong-un has offered a rare apology over the killing of a South Korean official near the disputed sea boundary.

Mr Kim said he was “very sorry” about the incident, which he described as unexpected and “unsavoury”, South Korea has said.

The move is highly unusual and could de-escalate tensions between the rival countries, which had been mounting.

A South Korean official affiliated with the oceans ministry was fatally shot on Tuesday by North Korean troops, who were also accused of pouring petrol on his body and setting it alight.

The man was found on a floating object in North Korean waters and is believed to have been trying to defect to the North.

South Korea condemned the killing as an “atrocious act” and urged North Korea to punish those responsible. 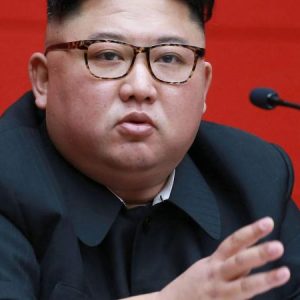 In its message to the South, North Korea said its troops initially fired blanks after the man refused to answer questions other than repeating that he was from South Korea. The troops then fired 10 rounds at the man when he tried to escape.

When the troops came near the floating object, they found lots of blood but no sign of the man. They determined that he was dead and burnt the floating object in line with anti-coronavirus rules, according to the North Korean message read by Mr Suh.

On Thursday, senior South Korean military officer And Young Ho told a parliamentary committee that the North had likely killed the man under elevated anti-coronavirus measures that involve “indiscriminate shooting” at any unauthorised persons approaching its border.

At the same meeting, defence minister Suh Wook said they believe the official was attempting to defect to North Korea because he left his shoes on the ship, put on a life jacket and boarded a floating object. He also cited circumstantial evidence indicating the man was trying to defect.

North Korea added in its message that it had “big regrets” over South Korea using “blasphemous and confrontational words like ‘atrocious act’” to condemn the North, but added it was still sorry about the incident happening on its territory and will take steps to prevent inter-Korean “trust and relations of respect” from falling apart.

The South Korean coast guard said on Friday that they had ships searching the waters near the boundary in case the official’s body drifts back. Officials also said they were checking his phone records, bank accounts and insurance programmes to gain more insight into his disappearance.

The only language Putin understands on Syria